Things to do in Cuba

Where you can find a particular house? 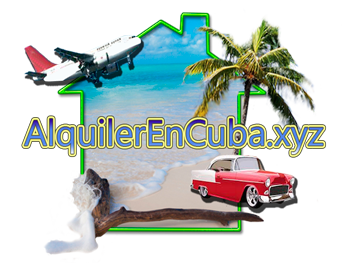 A country reach in history

Nothing defines better a population than its history, and Cuba has a lot of it. Just walking on the streets of any city is enough to feel a different atmosphere, to breathe an antique air. If Cuba was a person, it would have a lot to say about the whole continent. It does, anyway...

At the island we find some of the oldest cities in America, founded by Spanish conquistadors. They left behind towns with cobblestone streets, fortress, colonial squares and hundreds of churches. The entire country reminds the beginning of a new time at the Americas.

It begins with the arrival of Christopher Columbus on his very first trip to the continent. He entered Cuba by the town of Baracoa and it became the first colonial settlement. Later was named the first capital city of the country. From this eastern city, all the way to the west of the island you will find the mark of the Spaniards.

We'd love to hear what you have to say. Thanks in advance for the message! :) 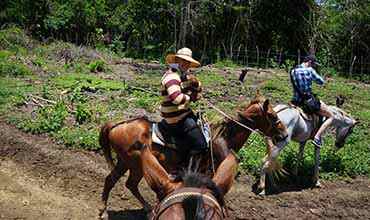 Vinales is considered one of the most important tourist destinations in the country, so much so that it has been stated in the travel section of the influential New York Times at number 10 among the top 52 destinations to visit in 2016. Vinales is one of the most beautiful natural environments in Cuba, embedded in "Sierra de los Organos" was declared a National Monument in 1979, was also approved in 1999 as National Park and in December of that year, it was declared by UNESCO World Heritage Humanity, in the category of Cultural Landscape. The area is ideal for nature tourism and adventure (hiking, caving and climbing) and mountaineering enthusiasts can find their challenges there as well. Viñales stands out more for the environment than their points of interest, since almost all activities carried out are outdoors. Vinales is a quiet and friendly people where travelers come to relax and enjoy the wonderful nature, relax and sit in the town square, where you can visit the House of Culture, the Art Gallery, the recently restored Church and Polo Montañés cultural center. To the west, a little separated from the center you can find Adela Azcuy the Municipal Museum, former home of a heroine of the independence wars where you can also book excursions. In the opposite direction (east) is the Garden of "Caridad" extensive garden adorned with plastic doll heads and full of flowers and plants.

In Old Havana, a UNESCO world heritage site, the past is palpable. Rumba riffs roll through quaint cobbled squares; vintage cars ply the streets; and historic forts, museums, and beautifully restored architectural gems share the stories that shaped this grand city. For a sensory feast, Old Havana is best explored on foot. Meander along the narrow lanes, chat to the locals, climb the Spanish-built fortresses, feel the pulse of the music, and savor a coffee at one of the charming plazas where Cuban Baroque meets Art Nouveau.

Ciénaga de Zapata, considered a Biosphere Preserve and officially declared RAMSAR Site, is for sure one of the best places of the Island regarding beauty, biodiversity and historical values. Located to the southern coastline at Matanzas city,at 180 km to the south of Havana city,it is also the major humid area of the insular Caribbean, and a natural fragile ecosystems reservoir. With 4 520 km,it is the place of the Parque Nacional de Ciénaga de Zapata, accessible by road. Its inhabitant number is around nine thousand, with a density of barely six per Km2, the lowest in Cuba. Sea-freatictectonic caves area a special type of cave very abundant here, open all the long of a 70 km crack between the Bay of Pigs and Cienfuegos bay. In their surface there are semicircular lakes, which allow the access to flooded galleries, some of which serve as course for underground rivers. Another attraction is the Laguna del tesoro (treasure lake), with more than 4 m of average depth and almost 16 km of surface, which make it one of the major fresh water mirrors of the Island. According to an old legend, in the XIX century, when Spaniards went deep into that area, the first local inhabitants, being frightened, threw their riches to the water, which originated the name of the lake. Villa Guamá is also located here, and it is one of the most famous and visited of The Ciénaga de Zapata, due to its natural beauty and colorful architecture. There, several sculptures of Rita Longa recreate the daily activities practiced by the first local inhabitants. There is also a peculiar flora, found under the water, floating over it and by the shore. Among its fauna, we find biajacas, trouts, the cebrita cubana (Cuban zebra), the cabezota, as well as turtles and bullfrogs. Manjuari, a living fossil found in the access channels, and the manati, another traditional Cuban species, are an example of the local preservation tasks carried out. All of these reasons have turned this area into a place more and more known and preferred by ecology, sport and recreational fishing lovers. In the same way,in the Parque Nacional Ciénaga de Zapata, considered one of the most important Cuban birds hibernation centers, there are important natural areas. An example of this are the Salinas de Brito, a relevant preserve for aquatic birds like sevillas,herons, flamingos and cranes, and ideal for tourism of observation. On winter, more than 65 bird species coincide here, while in the Ciénaga de Zapata are 16 types of reptile, among them the Cuban cocrodile, which can be observed at the local breeding farm. A wide eco-tourist offer and an efficient specialized guide and equipments service are available for visitors to be in direct contact with nature.

Located on the site of an ancient aboriginal town that due to the presence of an enormous, isolated, and well protected bay became an important center of piracy in the Caribbean, this city was founded in 1819 with the name of Villa de Fernandina de Jagua. Although in 1745 the Spanish colonial authorities had built a solid fortress in this place--which still exists, elegant and above all marine--this city shows interesting places of neoclassic inspiration as well as extraordinary monuments, like the Valle Palace, the Terry Theater, the Prado Promenade, and the Martí Park, among others. The historical central area of Cienfuegos has been declared a World Cultural Heritage Site by UNESCOs Committee of World Patrimony, which considered it an exceptional architectural example of the modern ideas of order for city planning developed in The Americas of the 1800s. The beautiful landscapes of the Escambray Mountains are near this city, while the provinces coast treasures rare and exotic beaches, such as Rancho Luna and the insular platform, with a spectacular seabed suitable for diving.

A cradle of Cuban culture, Camagueythe City of Tinajoneslies in the heart of cattle country and was laid out with irregular streets designed as a convoluted maze to thwart pirates. The historic centre is full of well-preserved colonial plazas and cobbled streets featuring antique churches and convents, and by colourful 17th- and 18th-century domestic buildings featuring red-tile roofs, lathe-turned wooden window grills, and spacious interior courtyards adorned with the citys trademark oversized jars called tinajones. Camagüey is the third largest city in Cuba and a unique example of the colonial times in the country due to its maze-like street layout with many narrow and irregular streets, complicated junctions, and multiple squares. The best way to experience Camagüey is to get lost walking around the vast historical center without a pre-defined plan while admiring the interesting buildings of this colonial town, including many churches and colorful houses. Highlights include Plaza de los Trabajadores, Catedral de Nuestra Señora de la Candelaria on Parque Ignacio Agramonte, and Plaza San Juan de Dios.

Santiago de Cuba is the second largest city in Cuba and a historical and cultural treasure. The city is often regarded as the root of the Cuban Revolution, and the many museums here retrace key events from this important period of Cuba's history. But unlike Trinidad, which seems frozen in time, Santiago de Cuba mixes modern architecture and industrial developments with its colorful colonial gems and historic fort. This bustling metropolis is also home to one of the country's most prominent universities, giving it a young and vibrant edge. Shaped by its rich mix of cultures and Afro-Caribbean heritage, the city is often said to be the most Caribbean city in the country. Today, travelers can experience this multi-cultural vibe in the eclectic music, diverse architecture, art galleries, and lively festivals. Day trips are also appealing from here. Not far from the city, tourists can visit a famous pilgrimage site, or hike to the top of a rocky summit for inspiring views across mist-shrouded peaks.

Once upon a time, not all that long ago, it wouldnt matter if a list of things to do in Baracoa was about the most tempting thing youd ever heard of in your life, since it was practically impossible to get there. In the 1960s a road was built through the Sierra del Purial mountains that surround the town, connecting Baracoa with the rest of Cuba. Before this, much of Cuba didnt make their way to the beauty of Baracoa except for the two or three weekly flights from Havana on Baracoas small regional airport on Russian-made airliners. Times might have changed (although not all that much in Cuba), and the town is still gloriously isolated. There are still just a handful of flights into the town each week, and that road through the mountains has not been expanded in any major way. And yet this is the appeal of Baracoa. You will be surprised that more visitors dont actually make the effort to come to this part of Cuba, particularly those who love nature and also love to fill their stomachs. So what is it that makes this luminous town so special? Cubas oldest Spanish settlement, is slightly different than any other Cuban city. Its a municipality of Guantánamo Province very close to the eastern tip of Cuba. Much higher amount of rainfall, makes it the region of lush, almost subtropical vegetation. After all, Baracoa is all about cocoa and coconut plantations and their products. Despite being hard to reach, it shouldnt be missed in any Cuban trip, even if you only have one day time to spend in Baracoa. You can explore cocoa and coconut plantations, enjoy the taste of Baracoa cuisine, spend an afternoon at the beach and still have a plenty of time for learning some salsa moves at night.